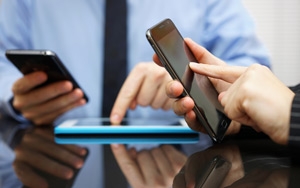 Consumers are expecting Wi-Fi wherever they go, but many are still having trouble with connectivity in their own homes, presenting both a challenge and an opportunity for the providers of wireless services.

According to the 2015 Consumer Entertainment Index from technology provider Arris, nearly two-thirds of global consumers have trouble with their WiFi networks at home, particularly as they connect more devices and use more bandwidth for streaming video, says Duncan Potter, vice president of marketing for Arris.

“WiFi has become a necessity, but it’s failing to meet a lot of rising expectations,” Potter tells Marketing Daily. “It had been just for connecting browsers, but now it’s essential to video programming and viewing.”

Connectivity issues have grown as entertainment streaming has caught on. Nearly three-quarters (73%) of people who watch mobile TV at least once a week use WiFi to do so.  The survey of more than 19,000 global consumers also found that 81% of consumers who view streamed entertainment do so weekly (up from 72% last year).

“The demise of broadcast TV is premature, but it is in the process of becoming what we’ve wanted it to become, which is true TV Everywhere,” Potter says. “We’re now at a point where we’re starting to see WiFi as a legit competitor to LTE or 4G [wireless] services.”

With nearly three-quarters of consumers saying high-speed Internet in every room of their house is either “very” or “vitally” important, there’s an opportunity for providers to ensure their customers are satisfied upon installation.

“Providers need to think in a more sophisticated way of providing a more cohesive wireless infrastructure around the house,” Potter says. “No longer is it OK to do a quick scan of the home and disappear.”

Also, while many younger consumers have adopted streaming services for their entertainment consumption, there is a significant opportunity among the older demographics, where inconvenience and cost have been barriers to broader adoption. This also presents an opportunity for providers to make it easier to customize content and services, Potter says.

The survey also found that consumers prefer to download content rather than stream it. Nearly three-quarters of these downloaders say it’s important to have their content available on-the-go with an internet connection.

“We think this is [related to] having issues or additional costs for streaming,” Potter says. “People are still looking for services where they can download the content.”