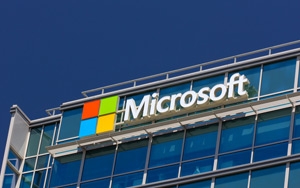 Quantifying its bad bet on a sprawling and superseded phone maker, Microsoft’s latest quarterly earnings include a $7.5 billion non-cash impairment charge related to assets associated with the acquisition of the Nokia Devices and Services business, in addition to a restructuring charge of $780 million.

During Microsoft’s fiscal fourth quarter, the hit contributed to a net loss of $3.2 billion. Worse still, the software giant on Tuesday reported a decline in sales of 5.1% to $22.2 billion.

During the period, Microsoft also had to eat a charge of $160 million related to a previously announced integration and restructuring plan. Combined, the total changes amounted to an eye-watering $8.4 billion.  Excluding this impact, operating income and earnings per share would have been $6.4 billion and $0.62, respectively.

Microsoft CEO Satya Nadella stressed the positive on Tuesday. “Our approach to investing in areas where we have differentiation and opportunity is paying off with Surface, Xbox, Bing, Office 365, Azure and Dynamics CRM Online all growing by at least double-digits,” he said in an earnings report.

On the bright side, search advertising revenue grew 21% thanks to Bing achieving a domestic market share of 20.3% -- up 110 basis points year-over-year.

As part of a broader strategic realignment, Microsoft recently announced plans to cut roughly 7,800 jobs. The bloodletting is expected to mostly impact the company’s phone business, which has been adrift for some time.

On the news, Nadella said Microsoft would be refocusing on what the company has historically done best: software. In the near term, that means running a more effective phone portfolio, with better products and speed to market given the recently formed Windows and Devices Group, Nadella said.

The announcement was part of a broader strategic shift going on at Microsoft.

Late last month, the company signed a deal that gives AOL responsibility for the majority of its display advertising. Microsoft, in turn, is shuttering most of its display ad business and handing over parts to AOL and AppNexus.