The Cosby Saga: No Requiem For This Heavyweight 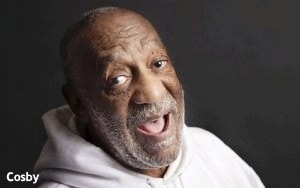 It’s enough to make incurable cynics out of all of us: One of our best-loved celebrities, Bill Cosby, turns out to be a lot different than we thought he was.

For those of us of a certain age (meaning: people who have been around since the 1960s or thereabouts), learning about the secret life (or not-so-secret, depending on who you talk to) of this man who we’ve watched and trusted on TV for 50 years really makes you just want to throw in the towel and give up. Or more to the point, it can have you vowing to never believe in anyone again.

Not that any of us would have ever considered Cosby -- a comedian, after all -- as a potential candidate for sainthood. But for those of us who grew up in what I like to call “The TV Era” (roughly the 1950s through the 1980s, before TV became, well, whatever it is now), Cosby was the kind of celebrity whose image was so squeaky clean and G-rated that he earned the highest praise a famous person could receive: Your mother (or your grandmother) would say of him, “He seems nice.”

There’s an O.J. Simpson quality to the way the Cosby story is playing out. O.J. “seemed nice” too, right up until the moment he was charged with the brutal murder of his estranged wife and her friend. I remember my mother’s reaction. She said she was very upset because Simpson “always seemed so nice.” What she really meant, probably, was that she felt disillusioned, if not bamboozled.

The same can be said of Cosby and the way many of us feel about these rape allegations, which were brought home so forcefully this week with the publication of that dramatic New York magazine cover featuring 35 of his accusers (chalk one up for old-school print media).

According to the Internet Movie Database (IMDB.com), Bill Cosby has been a part of our lives -- the portion of our lives that we spend watching television, that is -- since 1963, when he began to turn up on the variety shows (“Ed Sullivan,” “Andy Williams,” “Jack Paar”). He was a huge star, one of the first -- and possibly the most successful -- of the black entertainers who “crossed over” into the mainstream.

We loved him in “I Spy” and then his first comedy series, “The Bill Cosby Show,” in which he played an affable teacher named Chet Kincaid. We also loved his comedy albums, of course, in which he introduced us to a beloved cast of characters -- from his brother Russell to Fat Albert and his friends.

He made movies with the likes of Sidney Poitier and Harry Belafonte, and then, in the 1980s, lifted NBC in particular and network television in general with “The Cosby Show.” Personally, I never cared for this sitcom about Dr. Huxtable and his family. To me, it was treacly, saccharine and oh-so bland.

But most people loved it and we in the press who covered television reported continuously on its ratings, which were astonishing then, and even more so today since shows just don’t draw those kinds of audiences in this day and age. You’d write these stories on individual episodes that were newsworthy solely on the basis of their jaw-dropping ratings -- upwards of 30 million viewers with shares in the upper 30s, some near 40.

In that era, Bill Cosby evolved from “just” one of our biggest TV stars to this mythic figure who seemed to rule not only television but what came to be known as “popular culture.” In all of our minds, he could do no wrong until, of course, we learned that he (allegedly) had been doing wrong all along.

Cosby is not the first public figure to fall from grace. And he won’t be the last, unfortunately. With that expectation in mind, it’s worth asking: How much more of this can we take?

celebrity, tv
1 comment about "The Cosby Saga: No Requiem For This Heavyweight".
Check to receive email when comments are posted.
Next story loading