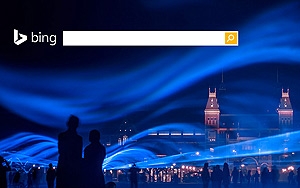 Microsoft plans to begin stop serving Content Ads on Microsoft, Yahoo and its network of Web sites in the U.S. as early as August. While the ads represent less than 2% of traffic running across its network, the URL link to the blog post describing the change replaces another blog post with a prediction made by Bing Ads GM David Pann. In an unrelated post that apparently vanished from Microsoft's site, Pann estimated an increase of up to 15% more searches on the Bing search engine as a result of changes to Windows 10.

"United States customers will not see any change in the Web, Editor, or API," Nikhil Arun, program manager for the Bing Ads platform, wrote in a post. "However, as of early August U.S. customers opted into content ads will only have those content ads serving in Windows media and Windows Apps."

By the middle of August, Microsoft will eliminate the ability to create ad groups with content distribution. Existing search and content ad groups will become search ad groups. The company said the ads are only available in the U.S. for those serving content ads in Windows media and Windows apps.

Whether it was intentional or a mistake, Arun's blog post replaces another blog post written by Bing Ad GM David Pann on July 29, 2015, predicting that the updates to Windows 10 announced Wednesday will increase query volume from between 10% and 15% as early as September. Brian Nakamoto, director of product management at Tightrope Interactive, points to the missing post where Pann explains that searches tied to the release of Edge in Windows 10 will rise from new users, and from existing Bing users who will now use Bing more frequently.

"With the launch of Windows 10, Bing Ads is poised to deliver more for your business," Pann writes. "This means significant volume just in time for upcoming holiday campaigns--both from new Android and iOS mobile users and from existing users who now have many more opportunities to search. All Bing and Cortana users will now not only enjoy a fully integrated, cross-device experience, they'll get more meaningful and relevant information every time they search."