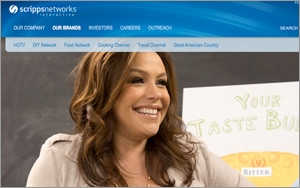 HGTV witnessed a 14% gain among 18-49 prime-time viewers when looking at C3 ratings, the average commercial ratings plus three days of time-shifted viewing, while Food Network lost 8%. For all its networks, Scripps was flat in prime-time 18-49 ratings for the period.