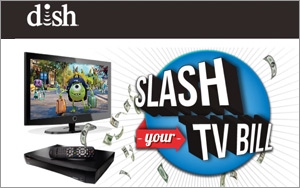 Dish Network had a steeper decline in terms of video subscribers during the second-quarter 2015 versus earlier periods. But the stock market didn’t seem to mind.

Total advertising for “subscriber acquisition” slowed a bit to $131.8 million from $134.3 million in the second quarter 2014.