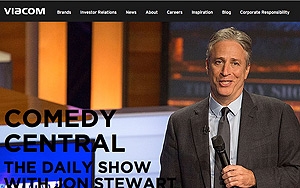 Still, worldwide growth from affiliate fees --2% -- boosted cable networks' overall revenue to come in flat versus the same quarterly period a year before -- $2.6 billion. Cable networks also witnessed higher sales to subscription video on demand and other platforms -- up 10% in revenues.

Cable networks were also subject to unfavorable currency exchange issues. Without these, cable network revenues would have climbed 2%.

Viacom’s Paramount film division had tougher news -- off 44% to $479 million. It had difficult comparisons to a year before when it had “Transformers: Age of Extinction.” Also its home-entertainment revenues was down 30% to $199 million.

advertising, cable tv, revenue, tv
1 comment about "Viacom's U.S. Ad Revenues Down 9% In Its Q3".
Check to receive email when comments are posted.
Next story loading