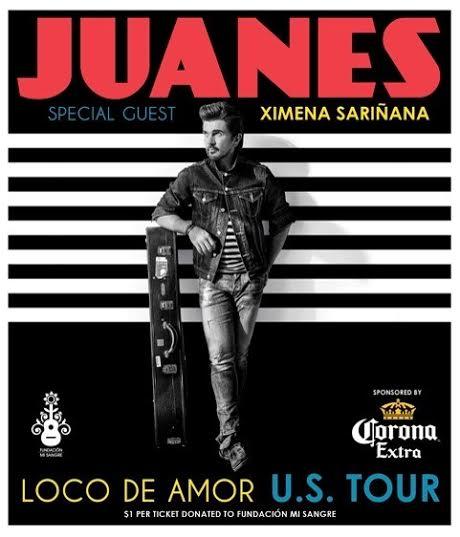 Constellation Brands’ Corona Extra is teaming up with Latin musician Juanes and is serving as the official beer sponsor of the artist’s “Loco De Amor”U.S. concert tour.

The tour kicked off in late July and extends through December, and features 15 shows in major cities such as Los Angeles, Miami, Chicago and NYC.

Corona Extra’s sponsorship of the tour includes concert venue, as well as on- and off-premise merchandising. Consumer engagement activations during each concert will allow fans to take custom Corona Extra/Juanes photos, which can be posted on social media.  On-premise merchandise includes koozies, t-shirts, bandanas, temporary tattoos, and a Juanes-autographed guitar.

Juanes has sold more than 15 million albums worldwide and was the winner of 20 Latin Grammy Awards and two Grammy Awards.

“Corona Extra is proud to partner with Juanes as the official beer sponsor of his U.S. music tour,” said John Alvarado, vice president, brand marketing for Corona Extra, in a release. “Juanes is a leader in Latino music and Corona Extra is the leading imported beer in the U.S., and the most preferred beer brand among Latinos. So, we’re excited to work together to create unique, exciting and memorable experiences for our mutual fans.”