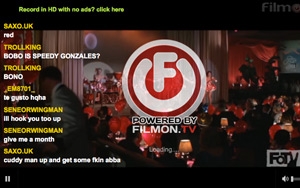 A Los Angeles judge handed streaming video company FilmOn X a surprise victory last month, when he ruled that the company potentially is entitled to a compulsory cable license.

"Judge Wu found that FilmOn X's internet-based retransmission service fits squarely within the statutory definition of a cable system," FilmOn says in a letter sent to the 2nd Circuit Court of Appeals last week. That decision shows that "there is a fair ground of doubt as to the wrongfulness" of FilmOn's conduct, the company adds.

The company submitted the letter as part of its appeal of U.S. District Court Judge Naomi Reice Buchwald's contempt finding.

Last summer, Buchwald ordered FilmOn to pay nearly $150,000 in sanctions and attorneys' fees for continuing to operate its streaming service after the U.S. Supreme Court ruled that a similar service by Aereo infringed copyright.

Her ruling grew out of a 2010 lawsuit alleging that FilmOn violated broadcasters' copyrights by streaming TV programs online. At the time, FilmOn wasn't using the same kind of multiple-antenna technology that Aereo later pioneered -- and that FilmOn later adopted.

The 2010 lawsuit resulted in an injunction prohibiting FilmOn from infringing broadcasters' copyrights. Two years later, Aereo began streaming TV programs with its multiple-antenna system, which used antennas to capture over-the-air programs and stream them to users on a one-to-one basis.

When a coalition of broadcasters sued Aereo in 2012, federal judges in New York initially sided with the company. A trial judge and appellate court ruled that Aereo's one-to-one transmissions were "private" and didn't infringe copyright.

While the cases against Aereo were pending, FilmOn also streamed programs to Web users via a multiple-antenna system.

Last June, the U.S. Supreme Court overruled the New York judges by holding that Aereo resembled a cable system, and therefore couldn't transmit television shows without a license, regardless of its back-end technology.

Aereo suspended operations on June 28, but FilmOn continued to operate for an additional nine days -- a move that led Buchwald to hold FilmOn in contempt.

FilmOn unsuccessfully argued to Buchwald that the Supreme Court ruling had transformed the company into a cable system, which is entitled to a compulsory license.

But Buchwald said in a written order that FilmOn “attaches far too much importance to the Court’s analogizing.”

She added: “A series of statements that Aereo (and, by extension, FilmOn) ... is very similar to a cable system is not the same as a judicial finding that Aereo and its technological peers are, in fact, cable companies entitled to retransmission licenses.”

FilmOn is now arguing to the 2nd Circuit that Buchwald's order should be vacated based on its "good faith belief" that it was entitled to a cable license as a result of the Supreme Court ruling.

The company says in its latest court papers that Wu's recent ruling shows that FilmOn's interpretation of the law was "reasonable."

Broadcasters say they disagree. They argue in a letter submitted on Thursday to the 2nd Circuit arguing that Wu's opinion is a wrongly decided outlier. Broadcasters also say that Wu's opinion, issued in July, isn't relevant to whether FilmOn believed one year ago that its streams violated an injunction.

The broadcasters and FilmOn will present arguments to the Second Circuit judges in person at a hearing on Aug. 31.