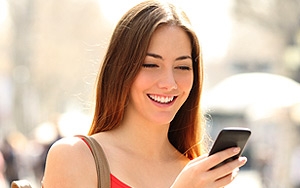 All the time, money and effort wireless companies have been investing in online customer service programs — at least for their highest-value customers — is paying off.

According to J.D. Power’s latest Wireless Purchase Performance studies, satisfaction with the online purchase experience has improved 22 points (on a 1,000-point scale) from earlier this year for customers on long-term contracts.

“The technology is improving, and a lot of tier one carriers are spending a lot of money these days on web-based customer service,” Parsons tells Marketing Daily. “It takes a while — and costs more — to have customers go through a retail center.”

The story is a little different when it comes to non-contract customers, however. Among that group, overall satisfaction with the online experience declined 7 points from the last study. One reason may be that the larger wireless companies are not dedicating the same resources to the online channel for their non-contract brands, Parsons says.

“It’s a different segment, and they’re different customer sets” for non-contract brands, Parsons says. “They’re going to get there. I think it’s possible we’ll see a big jump by even next year.”