Q&A: Why Brand NFL Is Still In Trouble 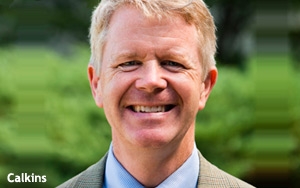 While marketers had been hoping that this month would kick off a rebuilding season for the troubled National Football League, it’s already gotten uglier. The biggest headlines so far have centered on a fistfight in the New York Jet’s locker room. And Tim Calkins, clinical professor of marketing at Northwestern University’s Kellogg School of Management, thinks it may get worse before it gets better. The branding expert tells Marketing Daily what’s ailing the $45 billion NFL.

Q. Now that pre-season games are underway, how would you describe the NFL’s image?

A. Troubled. There are so many negative stories in the news right now. Everyone was hoping the year would get off to a positive start, and then there’s the Geno Smith story, which is astonishing.

A. Against this larger theme of violence, the Jets immediately drop I.K. Enemkpali, and days later, he’s signed by the Buffalo Bills. The idea that another team would pick him up is the problem. It sends a signal that the league really doesn’t care. There are always going to be incidents. It’s the way the league responded that is remarkable.

A. The whole concept that there would be such a ranking underscores the problem. The NFL brand has become very associated with violence and behavior issues.

Q. Many fans would probably say that the NFL’s response to everything from fighting to deflated balls to domestic violence is inconsistent and capricious. Do you agree?

A. This comes back to a much bigger branding issue. When people think a brand is well intentioned and positive, they often give it a break. If they believe a brand is fundamentally good, people are inclined to be forgiving. But when people have questions about the brand, they are quick to pick up on every incident and criticize it. That’s the NFL’s challenge right now. It already has so many questions swirling around it that every new incident creates more problems and questions.

Q. You say it’s a troubled brand, but viewership levels and sponsorship revenues are at record levels. Is anyone worried people will get so disgusted they’ll stop watching?

A. People are still watching, and sponsors are still sponsoring. I don’t think we’ll see a drop in viewing—people love their teams, no matter what they feel about the NFL. But I think as the brand continues to weaken, fed by news headlines like Deflategate, sponsors may be a little more reluctant.

Q. Can you talk a little about the issues surrounding head trauma? Because of the Hall of Fame induction of Junior Seau, who committed suicide and was later found to have brain damage, there’s been more buzz than usual about this.

A. This is a big problem for the league, and a long-term one. The whole issue is complicated, and the league is in a tough spot. It’s not clear yet how they should respond, and what would constitute doing enough about the problem. And again, it adds to the risks—at some point, sponsors may say, 'This is a brand that is dangerous, and we don’t feel good being aligned with it.’

Q. What about domestic violence? How might sponsors react if, for example, a team decides to pick up Ray Rice, who generated such negative publicity last year?

A. I bet people would say that it fits in with what we know about the league. I think people almost expect him to be re-signed.

Q. Many people didn't think commissioner Roger Goodell would survive last season. Do you think he is made of Teflon?

A. I’m surprised he survived last year’s challenges. I wouldn’t be surprised to see the league make a change, if only because it needs a fresh start and a fresh spokesperson.

A. Yes. In many ways, the NFL is facing the same kind of challenges as Coca-Cola. Brand perceptions are shaped over time. And right now, there are many reasons people might not feel good about supporting it. But there need to be positive stories to offset the negative ones.