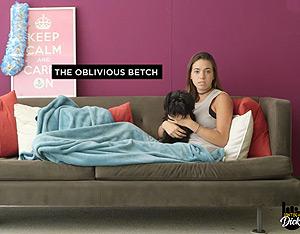 "This year we decided to give our interns the chance to make a campaign that they could actually launch," says Portia Steen, Senior Strategist at MRY.

"Coming up with ideas is one thing, but having to make them real is another. We decided the best way to give them this experience was to have them tackle a cause-related problem rather than work on a client brand," she explains.

This year's task was developing messaging and strategy around mental health awareness for college students, with the goal of taking a small budget and creating a movement similar to the ice bucket challenge.

"We brainstormed different potential causes and decided that mental illness would be an amazing challenge," says Steen. "Considering the current social climate and the country’s shifting attitudes toward acceptance of the LBGT community, we felt like the time was right for a conversation around this topic, which unfortunately still has so much stigma around it. We were so excited to see how our interns would approach this serious issue in a way that truly resonated among their peers."
The interns were assigned Hatch mentors from the strategy, creative, media, analytics and project management teams to help guide them throughout the summer.
"While there was MRY involvement behind the scenes -- seven mentors across departments helped guide the interns through the process and hosted weekly check-ins to make sure the two teams felt supported along the way – we really wanted the interns to take ownership over their projects," says Steen.
Fourteen interns started the project in four teams for the first phase of the project which involved developing their strategies and pitching two creative ideas to MRY's panel of judges. Then, two winning creative ideas were selected from two teams.
Each team was given a budget of $1,000, inclusive of production and media. From there, with the support of their mentors and feedback from the judges, as well as MRY's legal team, interns focused on refining their ideas, bringing them to life and launching them.
The two final projects reflect widely different creative and messages. The premise of "Don’t Be A Dick" is simple: "We are not asking friends to be therapists or experts on mental health. However, we do want them to be prepared to help their peers by being supportive and guiding them to seek further help," says one intern. The message is based on finding that 76% of students would reach out to their friends when experiencing emotional distress. "We also found that friends generally don’t know how to respond when confronted with mental illness, and often don’t encourage them to speak with a professional," say another intern.
"The How Are You Project" centers around a 10-hour-long video of a person sitting in a coffee shop setting, simply listening and waiting for an honest and genuine answer to the question, “how are you?” The video features annotations, that when clicked, take the user to the project Web site, where a second video is anchored explaining the purpose behind the project. The site also features statistics about college students’ mental health as well as resources to help facilitate conversation and further information about getting help.
One notable decision is the lack of MRY branding. While the agency isn't hiding its involvement, it also isn't promoting it either.
"We felt that keeping the projects unbranded gave them better longevity beyond the internship program itself," says Steen. "Both teams have received a lot of positive responses and interest about their projects from outside parties and are considering ways to expand them beyond their summers at MRY."
While MRY has already hired two interns out of this program, the agency has not confirmed whether it will launch Hatch again next summer.
ad campaign, agency, cause-related
Next story loading