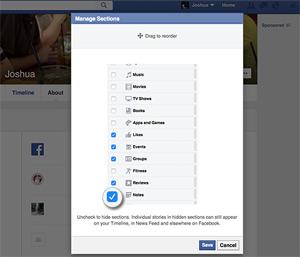 Though not likely to impact its bottom line, Facebook is rethinking its long-neglected Notes service.

Taking a page from Medium and other burgeoning blog platforms, Facebook is reimagining Notes as a platform for reading and writing long-form content. Simply a test at the moment, only select users are seeing the simplified Notes format.

Among other new features, Notes now supports cover photos and the adjustment of added photos.

In an exchange with blogger Dave Winer, on Monday, John Biesnecker, a User Operations team leader at Facebook, confirmed the change.

“I think they're a good addition to the platform,” Biesnecker told Winer -- in the comments section of a Note that shows off the service’s new look.

With the new Notes, Facebook is clearly trying to discourage people from going elsewhere to publish and consume long-form content. The social giant must also be aware of a desire by some users to digest larger chunks of written content. For example, some social media users have embraced “screenshorts” -- screenshots of relatively large bodies text shared via social media channels.

While pictures and video are driving social-media trends, there is still demand for blog-like platforms that spotlight the written word.

Medium, the content platform pioneered by Twitter co-founder Evan Williams, appears to be gaining traction. Showing business promise, BMW recently signed on to sponsor a collection of posts on Medium.