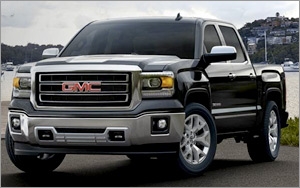 Porsche and GMC are the most ideal brands once again this year in automotive research and consulting firm AutoPacific’s Ideal Vehicle Awards for 2015. The study ranks vehicles, based on a survey of 66,000 new vehicle owners, on how well they have met owner’s expectations and desires.

Surveyed after 90 days of ownership, respondents were asked what changes they would make to their car or truck in 15 key categories, including ride and handling, driver’s seat comfort, interior storage, safety features, interior lighting, power and acceleration and technology, per Auto Pacific.

Chevrolet, Ford and Subaru have three wins apiece, while Honda, Lincoln, MINI, and GMC with two wins, and Jeep, Kia, Lexus, Mercedes-Benz, and Volkswagen, each with one win.

“Each time a manufacturer redesigns a vehicle, they have the opportunity to fix past issues, respond to owner wants and needs, and challenge the competition with a superior product,” said George Peterson, president of AutoPacific, in a statement. Among the winners are seven completely redesigned vehicles: Chevrolet Colorado, Chevrolet Suburban, Ford F-150, Honda Fit, Subaru Legacy, Subaru Outback and Volkswagen Golf.

Another winner for sporty car, Ford Mustang, has a major product change. Two of the vehicles Lexus RC and Porsche Macan, are new. Two were redesigned last year, and have won two years in a row: Chevrolet Impala and Mercedes-Benz S-Class, says the company.

Mercedes-Benz S-Class was the top luxury car, while Lexus RC was the top aspirational luxury car. Kia Cadenza and Chevy Impala were the winners in large cars. The top economy car was Honda Fit, and Mustang wasThe Ford F-150 pickup was the top truck and Chevy's Colorado was the top midsize pickup.