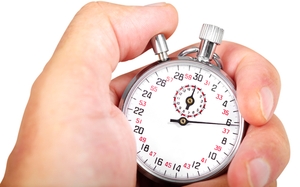 Time-based metrics as a currency just took a step forward.

Facebook this week rolled out a metric new to the Canadian market that tracks consumers in a unique way: How long does it take for them to respond to an ad or a post?

This has the potential to advance the “viewability" conversation to a higher level. Perhaps not this Facebook move specifically, but this type of thinking.

Instead of an advertiser worrying about whether or not 50% of its ad was in-view for at least one second, advertisers will start to think of time-based metrics in another way. There is nothing wrong with tracking consumer interaction, but when you add time to that tracking, it adds a new dimension.

“By looking at how long content has been enjoyed for, and not just whether it has been liked or shared, content marketers will be given a much-needed boost in competing with social clickbait,” wrote Sean Hargrave of MediaPost when Facebook first introduced time metrics to its algorithms last month.

The move ties ad performance to speed. It’s an interesting move because it opens up the door for time-based metrics to be wielded by both publishers and advertisers.

Facebook, for example, wants to create the most engaging platform it can. If the ads and posts displayed on its site are not being interacted with, perhaps its algorithm will be less likely to show those ads or posts. As a result, Facebook would boost the quality of its site (as a publisher) and would put the “right ad in front of the right person at the right time."

Assuming Facebook's algorithm made the right decision, this presents a win-win-win scenario for publisher, advertiser and consumer. This "everyone wins" scenario is only possible because the algorithms do all the thinking and decisioning with human bias completely removed from the equation.

So here’s the question: As time-based metrics gain traction, what impact will it have on pricing, supply and demand?

If a publisher is able to predict how engaging an ad will be, will its algorithms be able to charge more from advertiser to advertiser, even if they are both bidding for the same spot? Think of it as a handicap for the programmatic marketplace.

This exists, to some extent, in private marketplaces and “Deal ID” technologies, where publishers and advertisers pre-negotiate terms -- such as specific price floors -- which are then considered during real-time auctions.

But the door is now open for algorithms to determine what those handicaps should be.