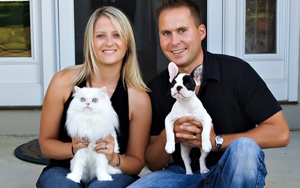 f Americans having at least one pet in their household, it’s easy to see how U.S. spending on pet care is approaching $20 billion.

According to a recent Nielsen survey conducted by Harris Poll, 95% of U.S. pet owners consider their pets to be part of the family. Two generations are spending the most: Millennials (65% own pets) and Gen X (71% own pets), according to the poll, which surveyed 2,205 U.S. adults, 1,323 of whom have at least one pet, online May 20-26.

Growth in the pet treat market was accomplished even in the face of greater scrutiny by U.S. pet owners due to ongoing concerns regarding the safety of Chinese-manufactured pet treats and concerns about potential contamination of pet products produced stateside, according to Packaged Facts. Sales growth in the treat market moderated in 2012 and 2013 after a wave of recalls, but quickly rebounded as the treat market overall saw an increase of almost 6% in 2014. The shift toward human-grade pet products has been a factor in sustaining the treat market’s upward momentum.