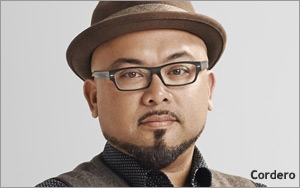 In April, Level Studios, part of the Razorfish Global Network, expanded to San Francisco. Now, Tony Cordero is joining the agency in the new role of executive creative director to lead Level's 60-plus creative team.
He will be tasked with expanding the practice to more "closely integrate the agency’s technology capabilities to breed the next generation of brand-consumer engagement," say agency executives.

Cordero will report to CEO Dan Connolly and serve on the executive leadership team alongside Connolly, SVP of technology and innovation Michael Phillips, and EVP of client engagement and strategy Deborah Heslip.

Cordero joins Level from Liquid Agency, where he served as creative director for Motorola, PayPal, and Nasdaq. Prior to his time at Liquid, Cordero held senior creative director roles at Frog Design, Tribal DDB San Francisco, Tribal DDB Chicago and Leapnet.
The agency has been strategically building out its executive leadership team since last year to strengthen each of its core pillars in technology and product innovation, creative experiences and strategy.

"Tony is a natural storyteller who brings a unique background and strong track record of coupling creative and technology to deliver engaging brand experiences,” said Connolly. “His passion for taking a radically simplified, human-centric approach to design aligns perfectly with our culture, and we’re thrilled to welcome him to the Level family.”

There are currently around 12 people in the 100 California Street, San Francisco location; the shop is actively recruiting to add more members to its team.

Level Studios is a global digital agency within the Publicis Groupe and the Razorfish Global network. Level has more than 150 employees across offices in California and the United Kingdom.