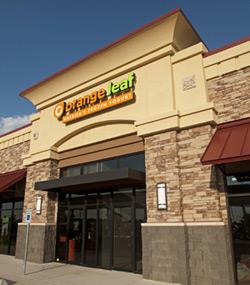 Frozen dessert chain Orange Leaf has named 3Headed Monster (3HM) as its AOR following a closed review. The Dallas-based agency will lead all brand strategy and creative for the 300-plus-unit chain that operates in 37 states. Previously, the chain worked with Oklahoma City-based ICG.

“3Headed Monster has values that I share when it comes to branding,” said Geoff Goodman, President, Orange Leaf. “They believe brands that are sincerely trying to make a difference in people’s lives are the ones that will shape tomorrow, and we believe that as well. Adding their talent and experience to the team is something we’re very excited about.”

3HM landed this account due to personal relationships. Prior to joining Orange Leaf as president early this year, Goodman was vice president of national brand excellence for CiCi’s Pizza.

While there, he partnered with a team from the Dallas office of Publicis, where Rathbone was executive creative director, to reverse a multi-year sales decline.

His decision to award the Orange Leaf business to 3HM, Goodman adds, is designed “to take advantage of the big-agency experience of 3Headed’s people, but doing so in the model of a smaller, faster, more nimble agency."

Last year, Orange Leaf was recognized by several media and institutions including Entrepreneur, which ranked Orange Leaf as one of the top three new franchises. Inc. listed the company on its annual Inc. 5000, which ranks the nation's fastest-growing private companies, and Technomic ranked the company as one of the top five fastest-growing chains.

The chain is already attempting to raise its profile. This month, the Oklahoma City-based chain and Kevin Durant, 2014 NBA MVP and forward for the Oklahoma City Thunder, are encouraging kids to think of creative ways they can improve their own communities. Kids under the age of 18 receive three free ounces of free frozen yogurt for sharing their ideas on how to make their community better.

Orange Leaf franchisees pay 1% of their sales to advertising, though the chain primarily focuses on engaging with its customers through email and social media. For the full 12 months, the chain spent $40,000 on advertising, according to Kantar Media.

This account win helps 3HM continue to grow since its launch one year ago. Most recently, 3HM has added key talent including Design Director Mark Ford and Strategy Director Crystal Anderson, and introduced work for clients including men’s grooming line Rascal, campground software company Bonfire, and project assignments for Bridgestone and Nike.