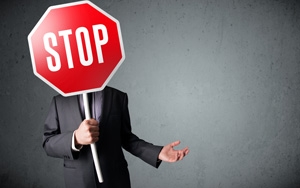 Starting September 1, Amazon will no longer allow Flash-based ads to serve on its network or across its Amazon Advertising Platform. The move comes after a malvertising attack on Yahoo's advertising network earlier this month by hackers who exploited Flash ads.

The decision was driven by recent "browser setting updates from Google Chrome, and existing browser settings from Mozilla Firefox and Apple Safari, that limits Flash content displayed on Web pages," according to Amazon. The company has published technical guidelines.

Google and Mozilla temporarily blocked the Adobe Flash Player from serving ads in their browsers after three zero-day flaws were leaked, some of which were later used in malvertising attacks that targeted visitors to Yahoo.

Last week the Interactive Advertising Bureau (IAB) released draft specifications for ad formats encouraging advertisers and publishers to use the standard for desktop and mobile advertising rooted in HTML5 technology. "HTML5 is the way forward, and that has become clearer and clearer," said Scott Cunningham, SVP of technology and ad operations at the IAB, and GM of the IAB Tech Lab in a statement.

Amazon recently began drawing its own path in search and display advertising. The company's test of search product ads it calls Amazon Text Ads in private beta, a pay-per-click offering, enables advertisers to create and run text ads on Amazon.com after a decision by the marketplace to stop running on-site ads that filter visitors to third-party sites.

Amazon isn't the largest property in terms of ad serving or visits to the marketplace. comScore ranks Amazon No. 5 in the May 2015 Top 50 for desktop visits with nearly 105.8 million.

Forrester Research Analyst James McQuivey names Apple as one of the major companies disrupting online markets. He writes in a research note that digital intermediaries like Amazon protect consumers while using tech to do what old intermediaries did, but better by exploiting new devices and rising connectivity to boost inventory and reduce physical restraints. In a nutshell, the company put itself in the middle of a variety of industries to improve the consumer experience.