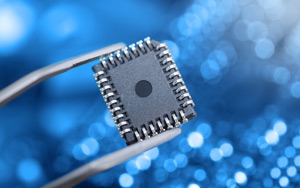 Cavendish Kinetics, a radio chip manufacturing company based in Silicon Valley, announced today that it has raised $36 million in its final round of funding. The funds are to be used to develop its next generation of radio frequency (RF) components.

Long-term evolution (LTE) smartphones have to be able to support 40 different spectrum bands, compared to the five that 3G had to support. RF MEMS can change the resonating frequency of an antenna, allowing for higher signals in a wide range of bands.

“There is a critical need for low loss RF switching as OEMs design radios for 4G and 5G capability, and commercializing our ultra-low loss RF MEMS switch to meet this need is a major focus for Cavendish, now that our first generation RF MEMS tuners have fully ramped and are shipping commercially," said Paul Dal Santo, CEO of Cavendish Kinetics in a statement.

Silicon on insulator (SOI) switches are currently used in most smartphones. Dal Santo says he believes that RF MEMS will be ten times more effective than SOI switches.

A TechNavio report from this year expects a compound annual growth rate for the overall RF MEMS market of nearly 17% between 2013 and 2018. According to the report, the technology is “expected to penetrate the 3G and the 4G mobile market, especially in the developing countries.”

The mechanical aspect of the technology has historically been a blemish on the reliability of the product, but Cavendish hopes to turn those qualms into a non-issue, announcing in January that their RF MEMS tuners have passed 100 billion cycle lifetime testing.

RF MEMS offer solutions in three ways: they solve engineering issues related to the size and components of smartphones; they are able to cover multiple bands and support carrier aggregation in disparate bands; and they can support beamforming on the device side rather than primarily on the cell base station side.

Beamforming is a signal processing technique that allows for directional signal transmission or reception. Basically, it allows sensor arrays like cell towers and wifi routers to target overlapping waves -- in which there is higher signal reception -- to a user’s device. It’s a technology that will be relied on more in next-gen cell systems, such as 5G.