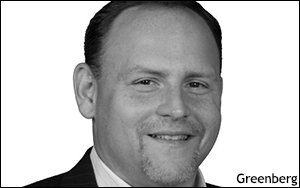 Earlier this summer, Gabe Greenberg left his post as general manager of advanced and programmatic television at The Trade Desk to launch his own venture focused on programmatic TV, dubbed GABBCON -- the Global Audience Based Buying Conference.

Greenberg told Real-Time Daily that he saw a “material lack in terms of content education and standards around audience buying [in television]" -- so he launched Gabbcon to fill the void.

He said he has been working with some of the largest players in the advertising space -- including Interpublic Group on the agency side, DataXu on the buy side, and SpotXchange on the sell side -- to create a foundation to standardize television audience buying. According to a site dedicated to the inaugural Gabbcon conference, scheduled for November 3 In Los Angeles, some broadcasters are on board as well, including NBC and Fox on the traditional side and Hulu on the digital front.

In short, Greenberg is attempting to lead the charge when it comes to talking about “programmatic TV” to make sure everyone -- from buyers to sellers and everyone in between -- is on the same page.

He’s not the only person in the space interested in moving programmatic TV industry along as it relates to standardization, however, as the launch of Gabbcon coincided with the formation of the “Programmatic TV Standards Group” helmed by Magna Global, Starcom MediaVest, MSA and AudienceXpress.

Greenberg told Real-Time Daily that he believes Gabbcon will be complimentary to the “Programmatic TV Standards Group,” but he couldn’t go into too much detail. The two initiatives are, after all, only months old.

As such, Greenberg stressed that the industry shouldn't expect a bona fide standard to be released in just two-and-a-half months, during the company's first event. With that said, he noted that discussions regarding standards will be "well underway" by then.

“There’s a lot of complexity and constituents involved, so I think it’s a stretch to expect that a standard will be released [at the first event],” Greenberg said. “But we’ll certainly have some stuff by then, and we’ll be well underway on our work toward creating a standard or set of standards.

“The plan to to attack it in snackable bits,” he said.

With a potential $10 billion on the line by 2019 in programmatic TV, it’s no surprise to see several industry veterans make moves to standardize the space.