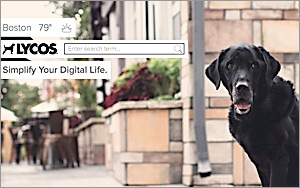 Michael Mauldin, founder and inventor of Lycos -- one of the first Internet search engines -- returns more than 17 years later, as the company reinvents itself to support wearable technology.

He joins Lycos Internet Ltd to serve as an independent director on its board. "Twenty years ago Lycos changed the way the world accessed online information, and I hope to help Lycos change the world again as we tame the wilderness of wearable technology and the Internet of Things," Mauldin said in a prepared statement.

While the search engine faded into the background behind Google and Yahoo, it still functions on a Web site, which touts its new vision. The company changed owners several times since Mauldin left, who also went on to co-found an artificial intelligence company Conversive, and raise animals on a ranch in Austin, Texas.

As for Lycos, it was acquired by Terra Networks SA for $12.5 billion. Most recently it landed in the hands of Ybrant Digital, an Internet marketing company based in Hyderabad, India, which rebranded the company as Lycos Internet last year.

Apparently, Lycos or its software engineers did not completely give up on search technology, considering the industry's move to support wearable and Internet-connected devices. In 2012,

Bill Cava -- software developer at Lycos at the time -- filed for a patent, which was granted by the U.S. Patent and Trademark Office April 21, 2015. The patent describes a method for automatic identification of related search keywords "using a collection of data that relates to search queries performed using one or more search engines. The data identifies search terms from associated search queries. A particular keyword is identified and one or more candidate keywords related to the particular keyword are identified based on the data."

The key to the future in the method describes how the patent requires an automatic task to use "one or more search engines," a function that technology will require as the advertising and marketing industry builds out the ability of the device to initiate a search, rather than the human.

By the way, Cava, the inventor of the patent while at Lycos, co-founded Bebaio, which provides software for the Internet of Things, and helps organizations build secure, highly scalable applications to collect, process, analyze and operate on data from all types of Internet-connected devices, per his LinkedIn profile.