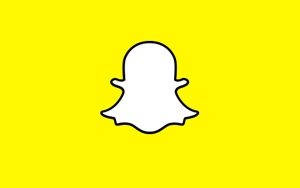 After a nearly year-long search, Snapchat has tapped Drew Vollero to oversee its financial operations.

Vollero -- most recently SVP of Corporate Strategy, Development and Investor Relations at Mattel -- will now serve as Snapchat’s VP of finance, and acting chief financial officer.

Vollero is expected to report to Imran Khan, who Snapchat hired as its first chief strategy officer, last year. Khan had previously served as head of Internet banking at Credit Suisse, where he was best known for leading Alibaba’s blockbuster IPO, last year.

The new hire -- first reported by The Wall Street Journal -- comes as Snapchat is trying to find its financial footing.

The messaging startup reportedly lost $128 million on about $3 million in revenue last year. Not starving for cash, however, the company that popularized disappearing messages appears to have stockpiled roughly $320 million.

The company reportedly expects to take in $50 million in revenue this year and upwards of $200 million next year. Recently reported byRe/code, the projections would secure Snapchat’s position as a top social network in terms of popularity and earning power.

The company claims to have 100 million users who watch 2 billion videos per day, suggesting it could be a serious rival to YouTube and Facebook. On average, Snapchat’s Live Stories now attract an audience of 20 million people every 24 hours, Re/code recently reported.

Snapchat reportedly charges around two cents per view on 10-second ads. That equates to about $400,000 worth of ad space for stories generating 20 million views.

Despite its success, however, Snapchat recently suffered a setback with the departures of former COO Emily White and former VP of partnerships Mike Randall. In their absence, the company has reportedly struggled to find its footing with agency partners.