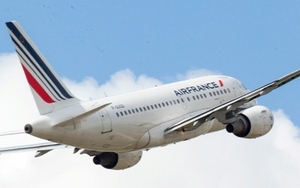 The event takes place Aug. 29 in Central Park. The sponsorship was prompted by the French culture of running and Air France's history of providing its passengers with the opportunity to fuel their passion for the sport through its Flying Blue Running Club.

The France Run is a qualifier for the TCS New York City Marathon through the NYRR 9+1 Program, but visitors don't have to run to enjoy the French festival on race day.

Customers who fly Air France have always shown a strong interest in running, which is why the airline has the Flying Blue Running club and sponsors many races around the globe, says Marnix Fruitema, senior vice president, Air France-KLM North America.

"We wanted to promote the lively spirit of a race and help create a unique experience for our US customers, so we are proud to be a part of the first-ever France Run in New York's iconic Central Park,” Fruitema says in a release. “Whether you are a runner, foodie, travel enthusiast, or Francophile, the France Run will be an interactive exhibition of French culture and a elebration of the historic relationship between France and the US - including Air France's 69 years connecting Paris and New York."

Air France has a dedicated microsite for the event and is also promoting the hashtag #FranceRun on its social media.

The France Festival will be at the Naumburg Bandshell, located mid-park, throughout the duration of the event. The festival will feature a variety of complimentary offerings by French vendors, including French-themed refreshments like crepes, biscuits, fruit teas and activities designed to learn more about the country, culture and language.

Runners can enter raffle drawings and win prizes, such as a trip to Paris, language learning course gift certificates and a Le Creuset set. Runners can enter the raffle by removing the part of their bib and putting it in a designated NYRR container onsite.

Dedicated Air France tents will be set up at the festival featuring free massages for runners, a children's area with face-painting and an interactive photo booth. There will also be a tent dedicated to the Flying Blue Running Club where participants can enroll in Flying Blue for a chance to win a trip for two to the Paris Marathon on April 3.