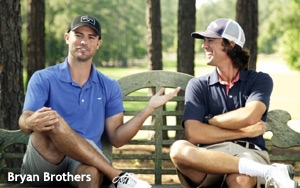 Lexus has renewed its partnership with the United States Golf Association (USGA), through 2020. The agreement makes Lexus, which became a sponsor in 2007, exclusive auto partner for the next five years.

It involves all the usual accessories that come with golf-meets-auto sponsorship programs, plus a hefty digital element, thanks to the USGA having opened up some areas of tournament venues to smartphones. With a big presence at all 13 USGA tournaments, Lexus' program includes fleets of vehicles (Lexus has around 900 cars and SUVs as USGA courtesy vehicles this year), and experiential components.

And it includes advertising deals through broadcast partners like Fox, and brand visibility during matches by virtue of Lexus’ presence on tournament courses. And Lexus continues sponsorship of the U.S. Open Trophy Tour, which has benefited from Lexus vehicles as tour vehicles for the past two years. Adrien See, events and promotions manager at the Torrance, Calif.-based automaker, says the USGA came to Lexus to participate in the trophy tour. “Since they have different initiatives they have going, they come to different sponsors for the best fit, so the trophy tour is something they put together and it just makes sense to team with Lexus [for transport].”

Sarah Hirshland, the USGA’s senior managing director of business affairs, tells Marketing Daily that Lexus is also sponsoring a new digital engagement platform, the Virtual U.S. Open, which the USGA created with online golf game WGT (World Golf Tour). “There has been quite a bit of investment on its development, and Lexus’ support of that has been huge.” She says the app has garnered 4.2 million completed virtual rounds so far, which Hirshland says goes beyond mere numbers, because of the level of engagement required. “Playing 18 holes in a gaming environment requires significant time commitment. And the courses aren’t easy.”

This past year was first time the USGA opened the U.S. Open to mobile devices on the ground, and has also created mobile apps both detailing game play, and also appearances, and other match-related happenings. “Sponsors like Lexus have been a big part of helping us do that.”

Lexus is activating a mobile program centered on its vehicles that are displayed around the course. "Consumers can take a selfie with a vehicle, post it to a hashtag and come back to our space and receive gifts. It gives them a reason to do something different; most fans are cruising around course anyway, so they can get picture and get a very golf-related gift."

See says that on the ground at U.S. Open, U.S. Women’s Open and U.S. Senior Open championships the Toyota luxury division has an experiential program. At the Men’s Open the Lexus Performance Drive Pavilion, a 60-foot by 60-foot venue, spotlights the Lexus RX crossover. It also activates around programs that make sense to golfers.

One activity is a challenge that mirrors Tiger Woods’ famous putt at Torey Pines in 2008, with the same break and distance. Participants can execute a putt (and see how it compares with Woods’) and then receive a video email showing the shot for their social channels.

Another digital program that Lexus launched this year involves Uber, in a partnership where, per See, Lexus provides the car service provider with 25 vehicles for four days of tournaments. “We worked with Uber to add a temporary fifth app, Uber Lexus. They use their best drivers, and we give them vehicles. For four days, within an 11 mile radius determined by Uber uses our vehicles to give people rides in the tournament area.”

Says Hirshland, “A huge piece of our partnership is Lexus’ ability to create meaningful experiences, whether it's at the professional or junior amateur level.”