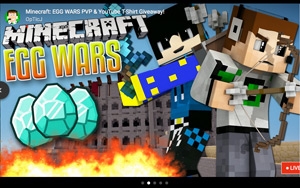 The site pulls together all gaming-related videos and live streams, including material from "The Escapist" during the live stream of Hearthstone "The Grand Tournament" game. Even with all the bells and whistles, the service got mixed reviews from those in the chat.

The growing trend of watching others play online games increases the need for content. People have spent 75% more time watching gaming videos on YouTube this year compared with the previous year, and about half of the top 100 channels by watch time are about gaming, the company said.

YouTube designed the platform so users no longer need to schedule a live event in advance, offering high frame-rate streaming at 60 frames per second (fps), DVR, and the automatic conversion of streams into a YouTube video. Viewers get personalized gaming recommendations based on the games and channels they collect, with more than 25,000 game pages and gaming channels from which to choose.

YouTube's gross ad revenue worldwide will reach $9.50 billion in 2015 -- up 25% from the year ago, eMarketer estimates. The analysis company estimates YouTube's global net ad revenue, a figure determined by subtracting the company's traffic and content acquisition costs, will reach $4.28 billion in 2015, up 40.6%. The numbers do not take into consideration any ad revenue from YouTube Gaming.

Net ad revenue in the United States should come in at $2.22 billion -- or 51.9% of the global total -- in 2015, per eMarketer, but will drop to 6.2% in 2017. The firm forecasts that YouTube's share of the video ad market will also decline, as it competes with Facebook, Twitter, Yahoo, Vimeo and others push further into ad-supported video. Ad revenue gained from YouTube Gaming will likely change these numbers.