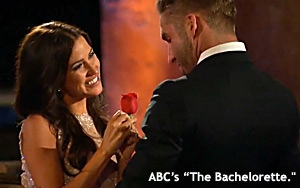 The contenders for top viewing continue to score strong results in TV network ad revenue this summer  -- with ABC leading the pack.

Through the three-month period from May 27 through August 27, ABC pulled in the highest ad revenue -- with $1.2 billion in total upfront and scatter deals as well as promotional valued time, according to iSpot.tv.

ABC has seen big gains this summer with June’s NBA Finals, and more recently with “The Bachelorette."

NBC is next at $1.03 billion, highlighting the strong results from its leading summer TV reality show “America’s Got Talent” and “American Ninja Warrior.” CBS earned $1.0 billion, with much of its benefit coming from “Big Brother” and its PGA Golf.

Fox has taken in $840 million so far, with big summer programming from “So You Think You Can Dance,” “Wayward Pines” and the “2015 FIFA Women’s World Cup Final.”