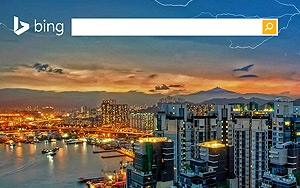 On Microsoft's job board there are quite a few openings for Bing software development engineers, from development to testing. Glassdoor, which posts reviews, salaries and benefits from employees, estimates the annual income between $110,000 and $123,000 -- each title with its hourly rate for contractors.

With the handoff of its display advertising business to AOL in a 10-year deal, no doubt Microsoft will invest a bit extra in Bing, which now drives advertising revenue. The company posted a search for a principal program manager to support the online advertising business, which the job description estimates will double to $88 billion in business during the coming year (source not cited), "making Bing Search Advertising one of the core 'big bets' at Microsoft."

That person, supporting one of the "core big bets," Bing Ads, would join the team responsible for driving R&R in major Bing ads markets.

What jobs at Google and Microsoft pay the most? Granted, a job title at one company doesn't necessarily match the same description as in another, but it's certainly interesting to take a look at the pay for each.

Google has a position the company calls "marketing director" with an annual salary of about $268.936. Business Insider said this job at Google makes sure the "public knows about everything the search advertising giant has to offer. That can include anything from writing blogs to approving TV commercials."

Business Insider put together a list with data on Google pulled from Glassdoor. It doesn't include executive positions like CEO or senior VPs, but rather provides a look into those positions behind the big execs who make the company tick. The higher the demand, the more money the job pays. Since Google is known mostly for software, you can imagine that the hardware jobs have become more in demand recently.

As Google takes an increased interest in developing and releasing its own hardware, those working as hardware engineers at Google take home about $183,000 annually. I wanted to know how these numbers at Google compared with Microsoft, so I did a bit of digging on my own.