What's Next For The Ad Industry As It Adopts HTML5, Sunsets Flash 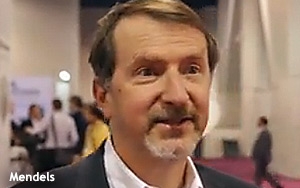 As browsers quickly drop their support for Flash, advertisers and their agency partners scramble to understand the nuances of HTML5. The shift keeps Brightcove CEO David Mendels busy.

Nearly 20 years ago, he led the team developing Flash at Macromedia and Adobe, including Jonathan Gay, credited for being the main programmer and visionary of Flash, and Jeremy Allaire, who served as the CTO of Macromedia following the acquisition of his company.

Media Daily News caught up with Mendels to get his view on what led to the demise of Flash, the rise of the open standard HTML5, and the future of video advertising in browsers such as Google Chrome, Microsoft Edge and Mozilla Firefox, among others for desktop and mobile devices.

Media Daily News:  Bing and Yahoo have been testing video in search engine query results. Does HTML5 allow for the video to serve directly in the browser, rather than being required to serve the content in an IAB standard ad unit?

Mendels:  Yes. I can't speak specifically to each, but they are most likely using HTML5. Advertising is the last ecosystem keeping Flash somewhat still alive. To quote Monty Python 'I'm not dead yet.' Advertising used Flash for so many years that it's taking them longer to make the transition from legacy systems.

MDN:  What do you see as the innovation in advertising coming from HTML5? Do you still need an ad unit? Does it expand the possibilities for search and native advertising?

Mendels:  Yes. The old model, a plug-in called Flash, was the alien technology inside the browser. You rammed it into a box on the page. It wasn't integrated. With HTML5 video becomes part of the page. The ad can interact with the other elements on the page more organically. You can tie the video into various parts of the page.

MDN:  Do you see video in browser-based search results? Do you think it could lead to the next iteration of search engine advertising?

Mendels:  There's a place for that. We're seeing it a bit already. I don't know yet what will become the perfect experience. To have a successful advertising business the publisher and the viewer must agree. It will take innovation and experimentation.

MDN:  Is the move to HTML5 sparking any fledgling industries?

MDN:  In the past several months the advertising industry and portals like Yahoo and MSN have come under attack from malvertising. Has there been acceleration in the past few months to make the transition?

Mendels:  User experience, security, malware and viruses have contributed. Then a few months ago a security executive at Facebook called for the end of Flash. Google Chrome turned it off. The industry has moved Flash to hospice and it's dying.

MDN:  A Malwarebytes Labs security analyst eventually expects HTML5 to have some of the same vulnerabilities as Flash as the technology matures. Are developers taking steps to protect companies, brands and consumers in the future?

Mendels:  There's no perfectly secure system. There's a constant race between those who build secure technology for the open Internet and hackers who continually try to exploit the system. Today, those technologies are healthy. They're being advanced by Apple, Google, Facebook and others.

MDN:  At what rate are you seeing companies make the transition from Flash to HTML5?

Mendels: We're seeing adoption in the past eight months double monthly. We're seeing hundreds of millions of streams on the Brightcove system monthly going through HTML5, and that will rapidly approach one billion soon.