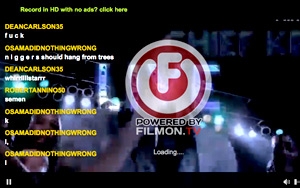 A long-running dispute between the Web streaming company FilmOn and a coalition of TV broadcasters is heading to a federal appellate court. The 9th Circuit Court of Appeals on Wednesday agreed to review a federal trial judge's determination that FilmOn potentially is entitled to a cable license.

The move marks the latest development in a battle between the networks and FilmOn, owned by billionaire Alki David, which seeks to stream TV programs to people's smartphones, computers and other devices.

FilmOn has used different technological systems since it first launched in 2010, but the current court case in California centers on a platform similar to the one pioneered by Aereo. The model involves capturing over-the-air programming with mini-antennas, and then streaming programs to consumers on an antenna-to-user basis.

The networks alleged in a string of lawsuits that Aereo and FilmOn infringed copyright by retransmitting programs without a license. Both companies argued that their transmissions were "private" performances -- which don't require licenses -- because of the one-to-one nature of the streams.

Last year, the Supreme Court with the broadcasters in a lawsuit against Aereo. The court ruled 6-3 in that case that Aereo's transmissions were the public performances regardless of the company's back-end technology.

But the opinion contained a passage that potentially supports the proposition that companies like Aereo and FilmOn should be entitled to cable licenses.

The majority said in its ruling that Aereo resembled a cable system, and therefore couldn't transmit programs without a license. The judges said that the mini-antenna technology is "invisible to subscriber and broadcaster alike," and described the platform as "for all practical purposes a traditional cable system."

That language is "about as close a statement directly in defendant's favor as could be made," U.S. District Court George Wu in California wrote last month, when he ruled that FilmOn potentially is entitled to a compulsory license.

Wu acknowledged that the legal issues were “close” and that a federal appellate court in New York ruled several years ago that Web-based services were not entitled to compulsory cable licenses.

He also left in place an injunction that prohibits FilmOn from streaming copyrighted material without authorization.