MDC's Doft: SEC Probe Is A 'Little Cloud That Will Pass' 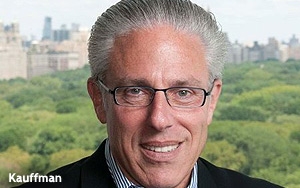 MDC Partners remains tight-lipped about the on-going SEC investigation probing the firm’s accounting and trading activities. At the Goldman Sachs media conference in New York Friday, CEO Scott Kauffman — who replaced Miles Nadal in July — said he is "intimately involved" with the network's special committee cooperating with the government, but declined to provide details.

MDC CFO David Doft, who spoke with Kauffman at the conference, added that the investigation, ongoing for nearly a year, is a "little cloud that will pass."

The executives noted that to date the company has not issued any earnings restatements as a result of the probe. In fact, the company has indicated that it will claw back more than $20 million in bogus expenses and unearned incentive bonuses from Nadal. Kauffman said the only policy changes thus far have been to revise the processes for expense reimbursement and to boost internal controls.

As part of the fallout from Nadal's departure, the agency is reworking the mix of its board of directors. Two inside directors -- Lori Senecal and Stephen Pustil -- resigned to be replaced by two to four new outside directors to be announced by summer 2016. Before Kauffman was elevated to CEO (he had served on the company’s board), he helped to put together a list of potential nominees before turning the assignment to a colleague.

It was a need to remain steady that fueled the decision to promote Kauffman to the top job, says Doft. The company wanted to minimize disruption, and maintain momentum. An outsider would have needed to validate his or her decisions by mandating that things happen "this way and not that way," he says.

The holding company says it is operating in business-as-usual mode. "I am often asked if we have lost any clients and I say the clients I am accountable to are our 46 agency partner CEOs," says Kauffman. "And we have not lost any of those clients. Why would we? The issue of our parent [company] doesn't impact our agency partners that operate on a level of autonomy."

On the new business front, an MDC agency is one of the finalists for the MillerCoors business, which went into review this summer. "There are a lot of pieces in the business up for review and the odds are [that] they are not our business," says Kauffman.

"We have built a network that feeds on disruption," says Kauffman. "Holding companies used to buy companies around the world to [oversee] accounts, but we don't need to do that. You can leverage technology to do it faster and cheaper than 15 years ago."

MDC remains "as active as ever" with mergers and acquisitions that are focused on both the front and back end operations. Rather than seek media buyers and planners active in the middle of the funnel, the network prefers to look at creative shops that help originate campaigns and data analytics that examine results.