Smells Like Victory: On Eve Of A New Fall Season, TV Is Everywhere 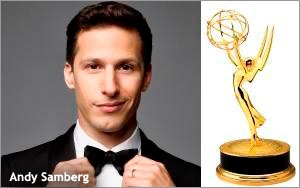 If TV is everywhere, then hasn’t the TV industry won?

This question -- an observation really -- arises as the TV biz prepares to strut its stuff Sunday at the Emmy Awards (“The 67th Prime Time Emmy Awards” starts at 8 p.m. Eastern on Fox). This year’s Emmy telecast is scheduled in its “traditional” time -- the evening just before the “official” start of the 2015-16 season on Monday (at least as it is recognized and measured by Nielsen). For many years, the Emmys were always scheduled this way -- as a means of ushering in the fall season.

However, in recent years, this tradition has been, shall we say, malleable. Last year’s Emmys on NBC, for example, were on Aug. 25 --  a summer Sunday some weeks before the start of the new season

And, it should be noted, the very idea of a TV season probably feels outmoded to many because of the way TV shows come and go these days. New shows are introduced seemingly at random times of the year, many for just short flights of six, eight, 11 or 13 episodes. Many of them -- whether on broadcast or basic cable -- arrive with the usual flurry of publicity before they launch, then end their runs after a few weeks never to be seen again.

And no matter how many episodes they run for, even the shortest number of weeks is now referred to as a “season.” It’s common today for a TV network to notify the press that such-and-such a program is starting its “new season” -- regardless of this “season’s” length (which is often short) or the time of year in which it starts and finishes.

So you might say TV traditions -- where the beginning and ending of “seasons” are concerned, or even what constitutes a “season” in the first place -- have gone by the wayside, or at the very least, have been diluted to such an extent that they have lost all meaning.

And yet here we are at the start of a new TV season. So what does that tell you? That some traditions die hard. Also, that packaging and launching a big batch of new TV shows all at once as summer turns into autumn is still a good idea. In numbers, there is safety, you might say -- and also a great deal of publicity and attention.

It turns out that people like “scheduled” television, even while they diverge from traditional schedules to watch these scheduled TV shows at other times.

Among those who love the idea of a fall TV schedule are journalists who write about television. They give the networks tons of publicity at this time of year -- stories, interviews with the stars, magazine covers, hundreds of mentions and visibility on social-media as journalists flog their own work and, in the process, call attention to the shows they’re covering.

The scheduled rollout of the new shows helps these journalists stay organized too as they plan their coverage -- i.e., the posting and/or publishing of their stories or reviews -- in conformity with the premiere dates of the various shows. It’s a great system -- helpful to journalists and networks alike. That’s one reason why the system persists, even in this day and age in which people can watch any TV show anytime and anywhere they want.

The fact is, TV has been “everywhere” for quite some time. When not encountered at home in various rooms, we’ve been seeing TV “everywhere” for years -- in bars and restaurants, airport gates and lounges, doctor’s offices and hospital waiting rooms.

And now, TV is even more ubiquitous, thanks to personal devices. While it’s true that a show such as “Game of Thrones,” with its great cinematic qualities, might not be worth watching on a tiny smart-phone screen, a show such as “Jeopardy!,” for example, would work just fine when watched this way. In this way, TV today is so varied that it has something for everyone -- no matter where they are.

It would seem that TV has conquered the world. Everyone watches it, and talks about it, all the time. And yet you still meet TV people who complain that the business isn’t what it once was. Well, maybe that’s true in their small part of the business, but for all intents and purposes, TV today is everywhere, literally. So the next time you hear some TV person complaining about the TV business, tell him to put a sock in it. He’s not letting you hear the show you’re watching.