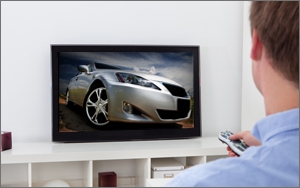 TV networks would like you to know about a study showing that the more TV commercials marketers run, the more chance people will visit marketers’ Web sites.

Of the 85 brands with visitor increases, 87% had upped TV spending. On average, they increased spending by 22% and saw 24% increases in unique visitors.

On the flip side, of the 40 brands with visitor decreases, 70% had lowered TV spending. That came to an average of 10% less TV spending for each marketer, resulting in 9% decline in visitors.

Looking at specific categories: 72% of travel brands showed a direct connection between TV advertising and Web site traffic; 76% for restaurants; 82%, retail; 85%, insurance; 86%, financial; and 100% of telco/apps.

The study looked at cross-section of brands -- large, mid-sized, smaller, national, regional and local -- with more than 100,000 unique visitors per month as measured by comScore. Results were from the February 2014 to March 2015 period.

Sean Cunningham, president/chief executive video of the Video Advertising Bureau, stated: “TV advertising does more than generate awareness; it triggers the most important action at a time when the Internet functions as a brand’s storefront to the world.”