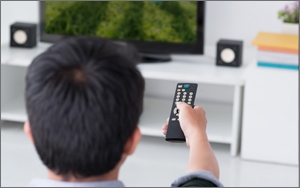 A new survey from Digitalsmiths, a TV search/discovery company owned by TiVo, says the ideal a la carte package is 17 to 18 channels at about $39.50 a month.

Current traditional pay TV packages from cable, satellite, or telco companies can offer around 200 channels at around $80 to $150 a month. The survey revealed that 61.6% are spending over $100 a month, with pricing climbing nearly 7% over the last two years.

The results came from over 3,210 consumers for Digitalsmiths’ second-quarter Video Trends Report.

While nearly 80% are interested in new a la carte pay TV packages -- as well as over-the-top services such as Sling TV, Sony Playstation Vue, CBS All Access, few are willing to switch.

When asked whether they have switched to new cable/satellite providers in the last three months, 7.7% said "yes," but 92.3% said "no."