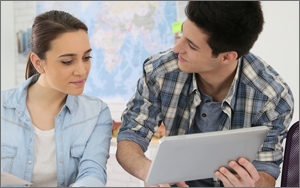 Mobile broadband is the fastest-growing information and communication technology (ICT) service in history, taking just five years to achieve 1 billion users, per The State of Broadband 2015, a new report from ITU/UNESCO Broadband Commission for Digital Development.

It notes mobile is growing “strongly, although not evenly.”

The total number of unique mobile subscribers is between 3.7 and 5 billion people. ITU estimates that by 2020, global mobile cellular subscriptions will have grown to 9.2 billion.

According to ITU, 43% of the world’s population can access the Internet regularly -- but that leaves out 57% of the world. The challenges to reach the next billion users are largely infrastructural.

In a video interview about the report, lead author Phillippa Biggs says: “It does look as if mobile broadband … will certainly play a pivotal role in connecting the next billion -- they offer the most immediate prospects for connecting people.” She also says that satellite and back-haul networks will contribute greatly to that effort.

Despite some operators seeing decreases in revenues, most are still investing in upgrades to their infrastructure and network consolidation. The report calls 2014 a “cusp year,” showing that 3G growth is slowing while 4G LTE subscriptions accelerated.

Many of the world’s developed and developing markets are closing in on total saturation. ITU estimates that there will be 121 countries with mobile cellular penetration in excess of 100% by end 2015.

However, that means that mobile profits in those markets will come from getting existing users to upgrade rather than finding new customers. The report says that operators in saturated markets are focusing on getting existing customers to upgrade to 3G and 4G LTE to help stabilize revenue, retain customers in the face of low-cost competition and break into foreign markets through mergers and acquisitions.

Apple’s recent announcement about the new yearly upgrade and Android porting service is a great example of the tactics companies employ in the next stage of mobile development in saturated markets.