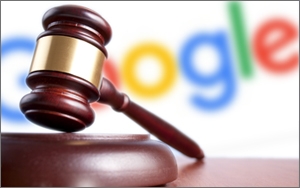 In a blow to Google, a federal appellate court has revived a class-action lawsuit brought by pay-per-click marketers who say their ads were placed on "low quality" sites.

The marketers accused Google of violating California's unfair competition and fair advertising laws by misleading them about the nature of the sites where the ads would appear. They sought restitution from Google.

In 2012, U.S. District Court Judge Edward Davila in the Northern District of California rejected the marketers' bid for class-action status. Davila ruled that a class-action would be inappropriate because "individualized issues of restitution permeate the class claims."

A three-judge panel of the 9th Circuit reversed that decision on Monday, ruling that the marketers had presented legitimate proposals for determining restitution on a class-wide basis.

"We conclude that Pulaski’s proposed method was not 'arbitrary,' as Google argues," Richard Paez wrote for the panel.

Pulaski and the other marketers proposed several potential methods for calculating restitution. Paez's opinion analyzed only one of the methods in depth -- the "Smart Pricing" approach, which sets the amount of restitution as "the difference between the amount the advertiser actually paid and the amount paid reduced by the Smart Pricing discount ratio."

"Google’s Smart Pricing ratio ... directly addresses Google’s alleged unfair practice by setting advertisers’ bids to the levels a rational advertiser would have bid if it had access to all of Google’s data about how ads perform on different websites," Paez wrote.

He added that other approaches to restitution -- including refunding all of the money that advertisers spent for clicks on ads that ran on parked domains and error sites -- "may also be appropriate."

Late last year, the same three appellate judges arrived at a different decision in a case brought by pay-per-click marketers who alleged that Facebook charged them for invalid clicks.

The judges refused to revive a class-action in that matter, ruling that the marketers hadn't shown a “workable class-wide methodology to determine what constitutes a 'valid click.'"