Coca-Cola Reveals It's Spent $119M On Health Research Since 2010 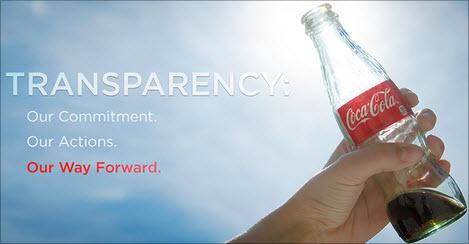 Coca-Cola has revealed that it has spent $118.6 million on funding health research and fitness programs since 2010.

Last month, an article in The New York Times stirred controversy by revealing that Coca-Cola has funded a group of scientists making the argument that a greater focus on more exercise, as opposed to reducing calorie consumption, may be the answer to stemming obesity — a theory viewed by many as an attempt by Coca-Cola to take some heat off soda's contribution to the obesity epidemic.

As a result, Coca-Cola CEO Muhtar Kent ran an open letter in The Wall Street Journal promising that the company would begin disclosing all of its contributions to health groups.

Now the company, which has acknowledged that its stated goal of helping to stem the obesity epidemic has little credibility at this stage, says that it is delivering on that transparency promise.

This morning, Coca-Cola posted the specifics about its "health and well being partnership" contributions on a "transparency" area within its corporate site.

"Today, in the United States, we take the critical first step to becoming a more effective partner against obesity by sharing with each of you how we partner with organizations and how we support scientific research on health-related issues," wrote Sandy Douglas, president, Coca-Cola North America, in a message introducing the new disclosures area. "Over the last five years, we have provided $21.8 million to fund scientific research and $96.8 million to support health and well-being partnerships for a total of $118.6 million. We invite you to learn about the research, initiatives and programs we have supported and the organizations and individuals with whom we have proudly worked. The information we are sharing includes the funding amount and year of support provided by Coca-Cola North America, The Coca-Cola Foundation and from our U.S.-based corporate headquarters. We will update this information every six months."

The "research and partnerships" list includes hundreds of nonprofit organizations, universities and associations (including trade associations of which Coca-Cola is a member, such as the American Beverages Association).

The site also provides a list of individual health and science experts that the company has worked with between 2010 and 2015. The total spent on travel grants, related expenses and professional fees to these individuals is reported as $2.1 million.