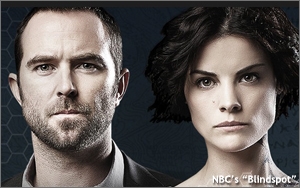 A mixed bag of results for new broadcast shows started off the new season on Monday night -- with the top four broadcast networks overall sinking by double-digit percentage in adults 18-49 ratings versus last year.

The major highlight was NBC’s “Blindspot” at 10 p.m., which was the network’s most heavily promoted new prime-time show, earning strong results -- a Nielsen preliminary 3.1 rating/10 share. All this came on the back of “The Voice,” which posted a 3.5/11 for its two-hour start.

ABC had no new prime-time series for the night: “Dancing with the Stars” averaged a 1.8/6 for its two-hour premiere; “Castle” was at a 1.2/4, down a full rating point from last year’s start.

Fox didn’t show much life on the first night: Its new “Minority Report” at 9 p.m. could only muster a slim 1.1 rating/3 share. “Report” wasn’t helped at all from its lead in, second-year show “Gotham,” which was down more than 50% from a year ago, getting to a 1.6 rating/5 share.