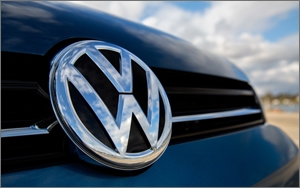 Volkswagen's now former CEO Martin Winterkorn took a bullet on the VW emissions scandal. Was he responsible; did he know about it? Who knows. He worked closely for two decades with his former boss Ferdinand Piech. But Piech had no confidence in Winterkorn, and this year resigned the supervisory board after saying as much in response to falling U.S. sales, and lack of entry-product strategy.

But does the new emissions scandal represent a sinister underbelly of the entire Wolfsburg, Germany-based operation, or a desperate guerrilla episode involving a small team and around one engine to meet U.S. standards on diesel emissions that may have been unrealistic at the outset? Karl Brauer, senior analyst for Kelley Blue Book, said that, whether Winterkorn had full knowledge and approved it, or ignored it to some degree, “either situation reflects poorly on Winterkorn and his leadership skills, and given the tragic impact this scandal will have on VW, his resignation wasn't just likely, but necessary.”

Clean diesel cars that also offer optimal fuel efficiency and hot performance are, to be fair, a hard juggling act. The conundrum in the U.S. is about what is realistic for Germans and others hoping diesel has a future here. Diesel -- a product of one of the first boiling points of crude oil in a fractionating column -- does offers better fuel economy, but at an emissions cost because it is rich in hydrocarbons. The tailpipe results are nitrogen dioxide, not to mention aromatic hydrocarbons like benzene and toluene, which are also a discharge of gasoline combustion. Europe favors the fuel efficiency side of the equation, as diesel is much cheaper than gasoline there. To make those numbers, Europe has a looser emissions protocol. Here, we have been lifting diesel fuel-economy standards for years, especially during the current administration, and have also tightened emission standards, with the California Air Resources board in the lead.

Volkswagen's horror show, which started in 2009, affects fewer than 1% of cars in the U.S., just under half a million vehicles. While it also affects its European market vehicles, the cars meet European standards anyway. The downside -- as one automotive writer pointed out during the reveal of Volkswagen's new Passat in Brooklyn this week -- the tragedy here is that this could hobble very promising clean diesel technology in the U.S. and elsewhere.

Automotive consultant Jim Sanfilippo sees it this way: Volkswagen engineers realized that they could not meet the panoply of U.S. diesel motor standards, and that nobody is really thinking about the relative level of road-driving emissions these vehicles produce, even at a 30-fold level of tailpipe exudate above EPA standards. “German engineers look at everything, and that includes the energy in a gallon of fuel. We are talking about oxides of nitrogen from one four-cylinder engine that the Germans invented. And It's 40 times what?” And, Sanfilippo tells Marketing Daily, while hybrid and electric cars are considered the avatars of clean driving, that particular perception is going out the window when faced with the next potential disaster: disposal of the lithium ion batteries driving the vehicles. “We will pollute this planet so fast it will make your head spin.”

The EPA itself, in its “Clean Diesel Campaign,” points out that a major problem is old diesel engines, particularly in fleet commercial vehicles, trains, etc. The agency says the culprits are idling trucks, including at ports, marine, construction, locomotives, agricultural equipment, and, of course, school buses.

An irreparably damaged Volkswagen will mean a tragedy for a lot of people, and for automotive innovation in general. Volkswagen employs some quarter-million people in Germany alone, notes Sanfilippo. And then there are dealers. Lisa Copeland, a member of the National Chrysler Dealer Council and managing partner of the number-one ranked Fiat dealership in the country, Fiat of Austin, has more than 25 years of experience in the automotive industry. From her point of view this puts the hurt on the industry as much, maybe more, than it does on Volkswagen.

“VW is a competitor of ours, it's an iconic brand like Fiat, and I hate what this is doing to all of us; we all hate it. None of us wish for them to go out of business, especially since this is a couple of people who made bad decisions at the top, but it also affects their dealer network who have nothing to do with it; they are honest dealers who believe in the product. This just erodes consumer confidence even more.”

She is optimistic the public will get past it, except maybe for owners of the brand's diesel cars. “Consumers are smart and VW has had loyal fans and followers since the Sixties. I think they will stick with VW. But doing dumb things at the top is terrible for the industry.”

What, if anything, can the company do to rebuild public trust, which is as close to rock bottom as it could possibly be? Matt Rizzetta, CEO of SoHo, N.Y.-based communications firm North 6th Agency, tells Marketing Daily that they have already done the first, in removing Winterkorn, and with his statement of contrition as he strolled through the exit door. The second fix must be to replace him with someone from outside the company with a track record of leadership, especially around crises. “And they will need to choose people over products, so the successor has to be competent in this situation, and as far outside of the VW family of brands as possible.” Third, proactive and visible communications strategy, including taking the reins in social media. “But the body is still warm,” he says, meaning the company has to wait for new leadership before kicking off “mea culpa” communications.

As for consumers forgiving the company? “I think it's dangerous to assume the forgive-and-forget scenario,” he says, adding that the recall record of the brand doesn't help much. Volkswagen recalled over 26,000 vehicles last year. “They need to assume they have to go above and beyond to regain trust. And you needn't look further than the stock price to see that.”

Finally, how many lashes to the back should Volkswagen receive? Should litigators and agencies from various government each grab the whip and, Norfolk Island style, apply 50 stripes to the back until the prisoner dies? Meaning, in this case, being drained with an $18 billion tab, and the stock plummeting even further below 40%. At risk are dealerships and the job security of half a million people around the world. Sanfilippo points out that the Germans have given us Mercedes, BMW, they saved Ducati, and brought Lamborghini back. Audi today is Winterkorn's handiwork. “And Shanghai spits out more pollution in a day than Volkswagen's cars do in a year. Where's the balance?”