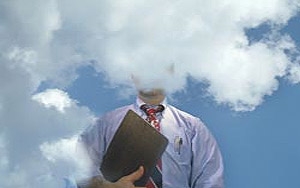 Spotty outages reported Friday morning on a variety of Google services, including search, hit the northeastern U.S. and parts of Australia. Most of those users rely on Google services from an Apple computer such as iPad, MacBook and iPhone.

Pointing to Apple run devices, the outage raises a question as to whether the hiccup in services was prompted by an incompatibility between Google services and Apple, or Apple's latest update for its operating system. A Google spokesperson told Search Marketing Daily the company isn't seeing anything out of the ordinary, and if it did, the disruption would post to its public app status dashboard.

An Apple spokesperson says the company will look into the issue.

Some Twitter users took to tweets claiming the outage only affected people on apps, not the desktop, while others experienced outages on their desktop. By 10 a.m. Eastern the services were pretty much up and running as usual, except for Google Calendar.

While Google made no mention of a disruption in search, it did post details to the Google Apps Dashboard about the outage on Google Calendar. The company has been working to fix the glitch since early Thursday morning.

"Our team is continuing to investigate this issue," according to the Google Apps message board. "We will provide an update by 9/25/15, 5:24 AM with more information about this problem. Thank you for your patience. The workaround is to use pop-up notifications instead of email and SMS."

Google's glitch followed one from Facebook Thursday, serving an error message to millions of users.

"Given that the company generated $3.827 billion in advertising revenue in the second quarter, assuming no growth rate in revenue, Facebook is missing out on the potential for a loss of slightly more than $1.7 million in advertising-centric revenue for every hour the Web site and app are not working," estimates one media outlet.

Amazon called it the DynamoDB service disruption. In a long explanation of the event, Amazon apologies for the disruption and impact to affected consumers.