TV Sports May Lure Cord-Cutters Back 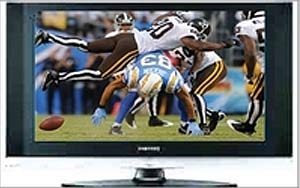 Cord-cutters -- those who drop traditional pay TV providers -- can be lured back those big TV packages because of sports TV programming.

Just under 40% cite sports as a reason to return, according to a survey by Frank N. Magid Associates.

At the same time, traditional TV remains strong: 88% watch sports on a television set; 73% on broadcast networks; 62% on cable sports networks; and 60% on general entertainment networks.

The survey was performed by Frank N. Magid Associates for One World Sports during summer 2015 -- 2,883 pay-TV and 317 broadband-only respondents among 18-to-64-year-old consumers.

The research also revealed that 25% of all broadband-only consumers cut their cords within the last two years, while 51% have been cord-cutters for more than five years or “cord-nevers,” who have not subscribed to pay TV.

Young adults 18-34 make up 52% of cord-cutters over the past two years. Almost 60% of all cord-cutting occurs with millennials who have cut the cord within the past three years.