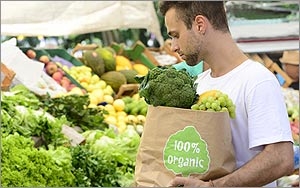 While Gen Y continues to expect companies to become more committed to social and environmental causes — and to share about them through social media — there has been a shift, according to new research from Cone Communications. Older Millennials 25 to 34 are increasingly questioning their ability to make a real impact, and are more skeptical about corporate-cause efforts. Only 25% of them, for example, believes that making a purchase can create a significant impact, compared with 36% of those between the ages of 18 and 24.

Overall, the study confirms the generation’s oft-cited commitment to making a difference, with 9 out of 10 Millennials saying they will switch to brands associated with a cause (compared with 85% of the average population.) Ditto their passion for using social media to broadcast their own commitment.

Sixty-six percent say they use their social media platforms as a way to discover and share about these causes, versus 53% of the total adult population.

Social media matters in many different ways, with Gen Y relying on it to share positive information about companies and causes (28% versus 30%); pass on negative information (21% versus 18%); and communicate directly with companies (18% versus 14%.) And their standards for social media are higher, with 36% saying they value video content (compared with 29% of the U.S. average), infographics (26% vs. 16%) and games (15% vs. 8%) when learning about company CSR commitments.

“The shift from traditional advertising to social media will be game-changing moving forward as companies try to break through to this always-on audience,” says Whitney Dailey, Cone’s senior supervisor for CSR planning and insights, in the report. “In a world where CSR content and messages must compete for attention against cat memes and trending hashtags, it’s more important than ever before to bring CSR information to life through compelling content, visual storytelling and interactive experiences.”

The study, which also segmented Gen Y by gender and as parents, in addition to age and income levels, found that Gen Y’s younger members (between the ages of 18 and 24) are most likely to consider a company’s cause commitments when deciding where they will work, and more apt to say they’d even take a pay cut to do so.

Overall, Gen Y women are more inclined to believe their purchases are powerful, and 64% having bought a cause-associate product in the last year, compared with just 54% of men. But men are more inclined to see cause efforts as a way to protect reputation, with 64% saying they typically won’t focus on a brand’s CSR efforts until something goes wrong, compared with 53% of Gen Y women.

The study, based on about 1,000 Gen Y respondents, also found that Millennial moms are the most vocal, and likely to share opinions through comments on company websites, blogs or reviews, with about 78% saying they do so, versus 60% of the broader population. Affluent Millennials, those with household income of $100,000 of more, are the most generous, with 81% saying they’ve made charitable donations to causes that are important to them in the past 12 months.