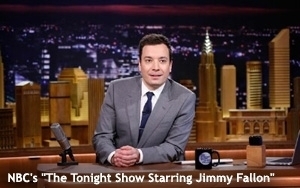 Traditional late-night talk news shows are about twice as popular as satirical news shows such as “The Daily Show.” But the latter can offer a much more targeted and younger audience.

A new study from Horizon Media's Finger on the Pulse, the media agency's online research effort shows, shows that 43% of adult viewers say they have tuned in to traditional late-night shows such as NBC’s “The Tonight Show with Jimmy Fallon” or ABC’s “Jimmy Kimmel Live.”

Some 20% say they have tuned in to satirical news programs.

Traditional talk shows' big draw is “accessible humor,” with 48% of respondents pointing to that. Next comes celebrity interviews (42%), opening monologues (41%), "relatable topics and relaxed conversation" (31%) and then musical guests (22%).

When it comes to satirical news shows on cable networks like Comedy Central’s “The Daily Show” or HBO’s “Last Week Tonight with John Oliver,” the biggest draw was "irreverent humor," which tallied a 55% number from respondents. "Topical conversation and debate" was next (36%), followed by political content (26%) and edgy tone (25%).

Versus traditional late-night talk on the broadcast networks, just 18% of those surveyed said celebrity interviews were a reason to tune in to satirical news programs.

Satirical TV news show also post strong male-to-female viewers -- at 25% versus 15%. They also pull in a greater percentage of younger viewers than older demographic groups -- almost a third (32%) of viewers 18-34 have watched those shows.