Consumers To Retailers: Prove You Know Me Better 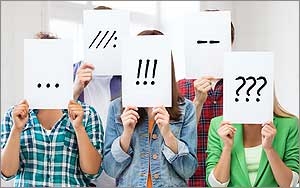 Retailers are obsessed with connecting with consumers online, but as the holiday season gets underway, findings from a recent study reveal a wide disconnect between retail realities and consumer expectations.

Holiday retail sales are on track to hit $1 trillion for the first time in 2015, up from $960 billion in the year prior, according to Richard Feinberg, a Purdue University professor of retail management. Feinberg credits job growth, consumers' willingness to spend, lower unemployment and lower gas prices as positive predictors in this year's holiday sales. Retailers still need to know their potential and existing consumers just a little bit better.

A survey from Retail TouchPoints, sponsored by Magnetic, reveals that consumers want retailers to prove they know them better through targeted advertisements and email messages. Retailers need to understand what types of content and offers resonate most with consumers. It seems that many don't have a clue.

How do consumers find the information and buy the products? Most consumers still use their desktops to both search and purchase items during their last buying spree -- at 67% and 58%, respectively.

Some 85% of consumers rely on email coupons to save money, but less than half of retailers -- at 46% -- say they are able to send personalized emails featuring product recommendations, ratings or reviews or exclusive deals and coupons. Interestingly, even with this low percentage, this was the most widely implemented tactic among retail respondents. Half of retailers don't know what messages and offers resonate with customers, which confirms retail's lack of knowledge and understanding of their potential and existing customers.

Recognizing consumers across devices will become imperative as expectations for relevancy and self-recognition rise. Retailers that cannot deliver relevant and timely messages to consumers miss out on the chance to not only drive traffic to their Web site, but also to generate engagement, sales and long-term loyalty. The study found that 31% spent slightly more after seeing a relevant message, whereas10% spent significantly more. Some 53% say they spent the same, and 6% spent less.

Results also suggest companies are focusing most on short-term sales. When asked to spotlight the most significant benefit of marketing across channels, 68% of retailers pointed to increased sales as the most important. Few retailers found improved customer engagement -- at 21% -- and the same percentage found loyalty to be imperative.