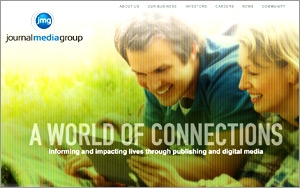 After a round of divestment comes a round of consolidation, in a process reminiscent of musical chairs combined with bumper cars.

Gannett Co., the newspaper publisher that recently spun off from the broadcast TV company now known as Tegna, announced that it is buying Journal Media Group. That's the publisher formed by the spinoff and merger of newspapers previously owned by E.W. Scripps and Journal Communications, which simultaneously merged their broadcast operations to form Scripps.

In the latest maneuver, Gannett will pay $280 million for all the outstanding stock in JMG. Compared to the share price of $8.30 at the close of business on Oct. 7, the buyout price of $12 per share represents a premium of 44.5%.

Gannett isn’t the only newspaper publisher pursuing expansion through acquisitions following a spinoff. In May, Tribune Publishing, spun off from the broadcast properties now operated by Tribune Media Company in August 2014, bought The San Diego Union-Tribune, solidifying its presence in Southern California.