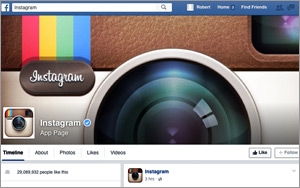 StreamSend, an email marketing service, today released a paper outlining the top email marketing strategies that boost ROI. Marketers that use email in tandem with social sharing drive six times more revenue, according to the report.

Ad revenue this year is expected to total $2.1 billion at Twitter, $6.1 billion at YouTube, $16.2 billion at Facebook and $60.4 billion at Google, according to a study by RBC Capital Markets and Ad Age.

The report also concludes that the majority of marketers plan to invest in more social media advertising in 2016.

Google is still No. 1, however, and 14% of respondents spend more than half of their online marketing budgets on the newly named Alphabet. Only 7% of advertisers stated they were not planning on spending advertising dollars on Google this year.

Social media and email are expected to continue to be powerful channels for ROI.

Social media marketing, Web site, and email are the top three marketing channels that offer marketers the greatest opportunities for next year, according to a recent study by Oracle marketing Cloud and Econsultancy. Only 1% of marketers thought print media offered a good market opportunity.

The study states that the number of email users worldwide is currently 2.6 billion and is expected to grow to over 2.9 billion by 2019.