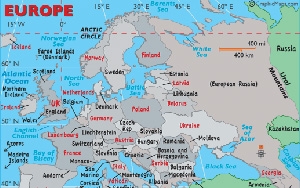 The deal will provide MNG’s European client base access to Taptica’s data. MNG has 71 million unique monthly visitors across their agencies in France, Germany, and Italy.

Taptica also recently acquired AreaOne, a social-marketing and tech company that is an accredited Facebook partner, to help expand their social media offering. The company is on track to deliver year-on-year revenue in line with market expectations.

MNG bought AppsFire in February and also partnered with Shazam earlier this year.

Many mobile companies are starting to expand globally on both sides of the pond. Some feel that mobile is, in one sense, making international borders irrelevant as users move between nations (especially in the European Union) fairly often. However, ad dollars still show a difference in regional spending.

eMarketer predicted that the amount spent to target mobile Internet users in Western Europe would reach $38.48 per person this year—more than double the global average of $16.21. This is little more than a third of the $104.51 in per-user spending predicted for North America.

Some research from location firm xAd shows that ad spending in Western Europe lags behind North America and APAC due to user privacy concerns. The same study shows optimism from marketers about ad participation in the future regardless of region.