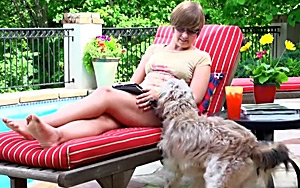 When it comes to smart homes, Americans are less worried about the cost of Internet-connected devices than in the past, but more concerned about products that are easier to use. And security cameras continue to be the feature they’re most interested in, according to new research from Iris, Lowe’s smart-home division.

About two-thirds of those in the survey say they are planning to purchase smart-home products at some point. And while the cost of equipment and monthly fees is still the first question on consumers’ minds, cited by 43% of the respondents, that’s a significant decline from 56% when Lowe’s asked consumers the same question a year ago. More people are concerned about products that are easy to use (19% versus 13% last year). Features that address energy and efficiency are the third-most sought after.

Juniper Research predicts that sales from smart home services, valued at $33 billion last year, will reach a global market value of $71 billion by 2018.

Of those who plan to buy such a system in the year ahead, 56% say security cameras are at the top of their list. And families with kids at home are about three times as likely to buy smart-home products this year, at 31%, compared to those without, at 11%.
And while security is top of mind overall at 62%, it’s higher among Millennials, at 71%, and among all women, 66%. Women are also more apt to want motion sensors (62%) while men are eager to come home to a house that is the right temperature (56%), lit up (44%) and unlocked (38%.

In addition to its Iris products and systems, Lowe’s also sells smart devices from such market leaders as Nest and Honeywell. Harris Poll conducted the survey for Lowe’s, with results based on responses from 2,000 adults.