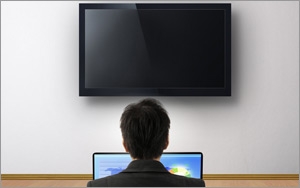 Although media and entertainment companies took a beating over the rough-and-tumble recent down period in the stock market, against other business categories, long-term projections are still strong.

EY, the assurance, tax, transaction and advisory service company, says its cash flow margin growth -- the earnings before interest, taxes, depreciation and amortization (EBITDA) -- is expected to rise 7% from 2011 to 2015.

While this growth is lower than the S&P 500 Index for cash flow over the same period -- at 10% -- the EY Media/Entertainment group will outperform five other major market indices.

The average cash flow margin for media/entertainment is expected to be at 28% this year. The EBITDA margin is derived by dividing EBITDA dollars versus revenues.

Much of this is driven by interactive media -- the fastest-growth media/entertainment segment -- a 17% compounded growth rate from 2011 to 2015. These companies are expected to post an overall 34% EBITDA margin.

Film and TV has been the second-fastest-growing category in media/entertainment, with a 14% growth rate. Next comes electronic gaming companies, up 7%. Media conglomerates will grow 6%.

Some slower growth rates for media/entertainment are forecast for cable and satellite operators -- with an expected 2011 to 2015 rate of 4%. Information services are expected to also climb at 4%.

Cable networks are poised to grow a bit more at 6%, with TV broadcasting companies up 5%.