Yahoo, Google Strike Deal For Use Of Search Ads 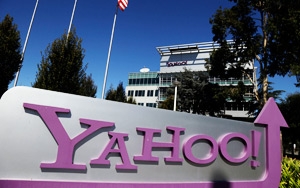 Google will provide Yahoo with search services, as well as search ads via its AdSense for Search (AFS) platform for desktop and mobile on Yahoo properties and affiliate sites in the U.S., Canada and various Asian, African, and Latin American markets, but not Europe.

The deal -- made public in Yahoo's earnings release and 8-K SEC filing Tuesday -- aims to change the search landscape for Google, Bing and Yahoo, as well as advertisers of search media. The partnership means that Google will pay Yahoo a percentage of the gross revenue from AdSense ads displayed on Yahoo properties or affiliate sites.

The percentage will vary depending on whether the ads are displayed on U.S. desktop sites, non-U.S. desktop sites or on the tablet or mobile phone versions of the Yahoo properties or its affiliate sites. Yahoo will pay Google fees for requests for image search results or Web algorithmic search results, according to the filing.

Yahoo released third-quarter 2015 earnings Tuesday of 15 cents per share on $1.23 billion in revenue, missing analysts' expectation of 17 cents per share of net income on $1.26 billion in revenue. Search revenue rose 2% to $870 million for the third quarter of 2015, compared with the third quarter of 2014. It's CEO Marissa Mayer's latest setback to revive an ailing company.

By generally accepted accounting principles, search revenue came in at $509 million for the third quarter of 2015, up 13%, compared with the year-ago quarter.

Traffic acquisition -- also known as driving people to the Web sites -- rose from $54 million in the same quarter last year, to $223 million.

One notable partnership in the quarter was Yahoo's deal with Google in October, which would allow the company additional flexibility to choose among suppliers of search results and ads. Google's offerings complement the search services provided by Microsoft, which remains a partner, as well as Yahoo's own search technologies and ad products such as Yahoo Gemini.